It helps Hall of Fame Touring Pros… but it will help You, even more.

1988 Masters Champion Sandy Lyle enjoyed another fine day at Augusta National today, with just 26 putts on his way to a fine 71 (-1) round Sunday. His 115 putts over the four days (28.7 putts per round) was more than a shot per round better than the field. Like his superlative showing at the PGA Senior Championship last year in his debut of the Black Swan, it’s more validation of what we say every day… You’re a Better Putter than You Think You Are, and with the Black Hawk or Black Swan, you find out how good you really are.

Sinking a par putt on Ten

Read the following about the Black Swan Putter 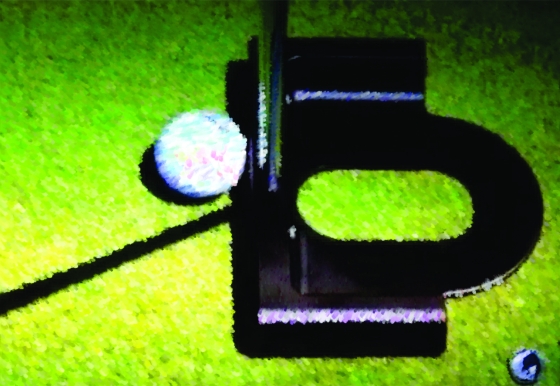 Sandy Lyle took two Putting Lessons from me the Friday & Saturday before the PGA Senior Championship at Benton Harbor last year. He finished T4 at that Championship. The next week, he did this unsolicited (we don’t pay any Professional to use our Putters) one minute review of the Black Swan Putter on Champions Tour Learning Center… here is a transcript.

“Got this about a week ago or so… did my own little test, back at home, I have a board, that I putt over, made of velvet… and you can see the imprint of the ball, what it’s doing, once you’ve made contact. Using it on like a 15 foot putt or something… and I’ve been trying many putters, just recently, trying to see if I can get the ball to roll better off the blade…. and this one, is by far the best… it’s a straight line, as soon as the ball is hit. There’s no loft on it… so all the things we’ve always been told, that there needs to be loft on putters… that doesn’t seem to make sense to me sometimes… but you see the results… and numbers add up all together. Obviously the size of it… the face helps to line up. It’s also very solid, on long putts, as well, there’s not much deviation as far as, it just keeps repeating, repeating itself… of twenty balls, you’ve got a nice little group of balls up there, whether it’s 20 feet or 60 feet.”